Home Top of Page Bottom of Page Topics
Ask a question Logout
Back to our goals.
Your financial goals will change over time as you achieve them and aim towards other things but you will probably always have financial goals of some sort. In this next section we will assume you are well on track to reach the last goal you set of buying a car or house and paying it off as quickly as possible. We now look at some of the basics of investments and assume that your new goal is to accumulate money for a holiday through investing.

“Safe as houses” is an Australian myth.

There are three ways to get money: 1) Receiving it from a charity or government payment – you usually have to qualify for these; 2) You earning money through your personal effort (I suppose this includes stealing it); and 3) Your money earning money through investment – this is the easiest way of getting money, once you know how. Investing can also be a very easy way to lose money so before we look at how to go about investing we’ll look at a couple of things to avoid. 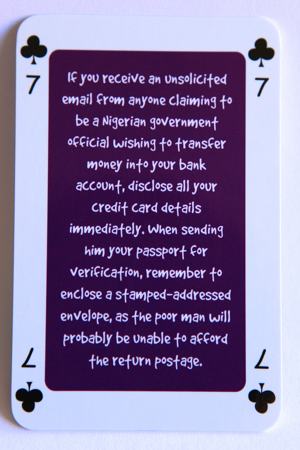 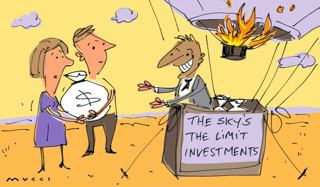 Get rich quick schemes – if they sound too good to be true, they most likely are. A well known one is the Nigerian letter scam, where a fictitious Nigerian exile contacts you wanting to deposit millions of dollars into your bank account. It only costs you a few, measly, thousand dollars to do it and, of course, you never see the millions. This is a variation of the Spanish prisoner scam which dates back to the year 1588. Ahhh con men. Part of your community for over 430 years.

The faster technology changes, the quicker scammers are to adapt their ways to rip people off. ACCC stats show that Aussies were duped to the tune of $85 million in 2011. This jumped to $340 million in 2017, of which $64 million were investment scams. In 2020, the total lost was a staggering $851 of which $328 million were investment scams. If you are receiving unsolicited contact from any business or individual, be it via text message, email, phone, letter, etc. be aware that you might be about to be scammed.

Get rich quick schemes are worst case scenarios – illegal scams where you lose all your money, and it may rear its ugly head in the form of a pyramid scheme. Or a ‘business proposal’ where someone explains the ‘business’ to you over a couple of hours and repeats the words “This is not a pyramid scheme”. If you have had a friend try to sell the Amway concept to you, you will know that the Amway products are not the big selling point, but rather the selling point is the scheme itself. If Amway did not have products it would be an illegal pyramid scheme. I have been unfortunate enough to have had the full Amway spiel, it goes for about two hours. Hey if you thought reading stuff on this website for two hours was boring, get yourself along to an Amway spiel! 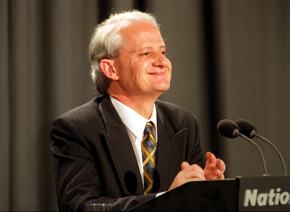 I guess I should be thankful he didn’t give me the Amway spiel.

I have also had the full Omegatrend spiel. Omegatrend was a company with pretty much the same company structure as Amway and was started up by a couple of guys who used to be in Amway. Omegatrend went bust but a multi-level marketing company called New Image International rose from its ashes. These sorts of companies are fairly easy to spot if you read unsolicited emails. You know, the ones that ask if you have a computer, can spare two hours a month and would like to earn a squillion dollars before lunch every day. In the best case scenario with one of these cons you will be working very hard to see even the smallest return.

Also, avoid investment seminars where the cost is more than $200-$300 per head. Some seminars, most notably property seminars, cost many thousands of dollars – anything from 5 – 20 grand per person, sometimes even more. If the information was worth this large amount, the person selling that info would make their money from using it themselves, not from selling it. The only person getting rich quick is the con man delivering the seminar.

There are millions of people who would do anything (legal or illegal) to take your money from you, and billions who would gladly hand it over if they thought they could make a quick buck by doing so. If anyone tries to get you in on a scheme that sounds immoral, illegal or overly complex, you’re about to be conned. Some of the most successful con men wear expensive business suits, stand in front of crowds of hardworking, intelligent (albeit gullible) people and sell their “secret” to success.

The quickest way to double your money is to fold it and put it back in your pocket, and the fastest way to become a millionaire is to move to Zimbabwe. That photo on the right is of a banknote Dr Evil would be proud of. Yes, it’s fair dinkum and is a great example of hyperinflation (really, really bad inflation) brought about by former president Robert Mugabe’s regime. I’m not sure exactly how much it’s worth in Australian dollars, but I bought it on eBay for $7.50. That price included postage, from the UK. It’s probably worth a bit more than that now, because I was cheeky enough to ask the late Zimbabwean Prime Minister Morgan Tsvangirai to sign it when I met him in 2012. “I wish it was in US dollars!”, he joked.

Robert Mugabe died before we got the chance to meet where I could’ve asked him to sign the reverse side.

With all investing one very important concept remains universal. This is the risk/return trade-off. This basically states: the higher the risk of an investment, the greater the expected return. Or, the higher the expected return, the greater the risk of you losing money. You have probably worked out that these two points mean exactly the same thing. You can memorise either of them, but you must remember it.

If you are not sure how risky an investment is, don’t trust the person selling it to let you know the risks involved. 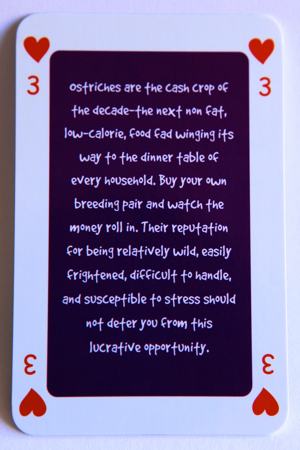 In this topic we are looking at mainstream investing. By this I mean investment types that have been around for many years and will remain for many years. I don’t go on about investments like alpaca or ostrich farming because by the time the average person hears about how good they are, the bottom is just about to fall out of that market. Don’t believe me? Take a lesson from my uncle. 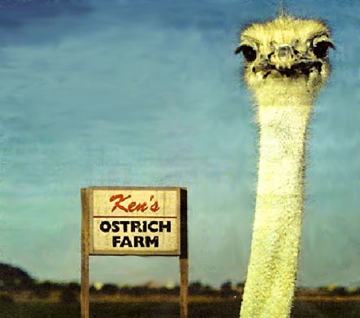 Years before the housing boom, my aunt and uncle decided to sell their Sydney home and buy into alpacas in Queensland, and are still waiting to see enough money from the alpacas to live off. They lived in their garage for fifteen plus years before starting to build a house. Let me ask you something. Are you currently wearing anything made from alpaca hair? No? Are you wearing anything made from, say, cotton? Yes, alpaca hair is very nice and soft, but there isn’t exactly an enormous demand for it. Alternative investments like these are generally not sustainable over the long term.

In mainstream investing there are three asset classes, or three main areas where your money can be invested. They are cash and fixed interest, property and shares. These three asset classes have income that flows from them to you and we look at them in detail in Investment 2. 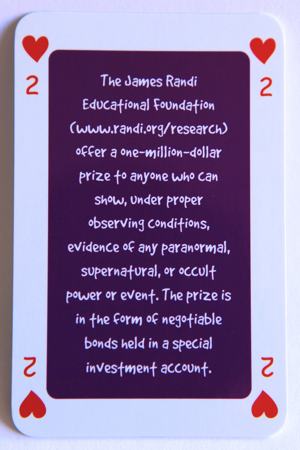 The two of hearts playing card on the right is actually one of the few cards in that deck which raises a serious topic. The James Randi Educational Foundation is real, as was the one million dollar paranormal challenge. The million dollar challenge started out at $1,000 in 1964, rose to $1,000,000 in 1996 and was eventually terminated in 2015 when James Randi retired. Being a lover of science and evidence, and a hater of claims that can’t be backed up, I’m pleased to say that even the preliminary rounds of their testing were never passed. Which is funny when you think of the number of people who believe in some of the crap out there and that over 1,000 people had a crack at it. If you have special powers, the Australian Skeptics offer a very similar $100,000 Challenge.